The Third
International Conference on 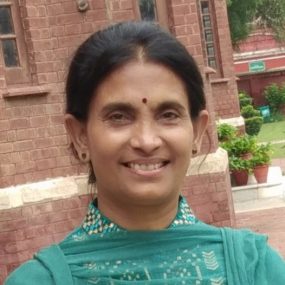 Mrs. Prem Pyari Dayal received the B.A. degree from University of Delhi in 1980, the M.A degree in Psychology and the B.Ed. degree from the Dayalbagh Educational Institute, Agra, in 1982 and 1984, respectively. Since 2009, she has been an honorary Lecturer in DEI Prem Vidyalaya Girls Intermediate College, Dayalbagh, Agra, India. Her research interest is in the science of consciousness. 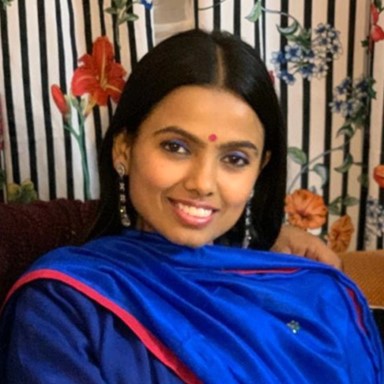 Dr. Bani Dayal Dhir is Assistant Professor at the Department of English Studies, Dayalbagh Educational Institute (Deemed University)Agra, India. Recipient of the prestigious Director’s medal in BA Hons.(English), MA (English) and M.Phil.(English )programmes, her primary research interests include Literature , Theory and Consciousness studies. Her research endeavours are highly interdisciplinary in nature. Some of her notable contributions include “Graph Theoretic Field Modelling for Multi- Dimensional Literary Systems” (M.Phil. dissertation), “A Study of Emergentism and High End Complexity in Complex Literary Systems” (Ph.D. thesis). In recognition of her contribution to research in Systems Theory and literature, the Systems Society of India (SSI) honoured her with the National Young Systems Scientist award in 2009 and conferred its prestigious Raj Kumar Varshney award in 2017. She has travelled widely and has presented papers at various international and national conferences and won several best paper awards. As the Joint coordinator of Centre for Consciousness Studies, DEI from 2011- 17, she organized ‘East –West Forum’ for integrating the Eastern and the Western perspectives of consciousness at the annual international conference “The Science of Consciousness” organized by the Centre for Consciousness Studies, University of Arizona, USA. She has to her credit several research publications and creative non-fiction and poems in national and international journals. As the coordinator of (iNFORMATIONcOMMUNICATION- nEUROcOGNITIVE-) Technologies Assisted Language Lab, (i-c-n-c-) TALL, DEI, she has developed a state of the art multilingual digital language laboratory cum research centre.

Dayalbagh has forged far ahead in matter of Pure Spirituality right since its birth. It covers the entire spectrum of Modern Healthcare Habitat from “Maternity to Eternity” that is from infanthood of children right through their final attainment of Supreme Being’s Abode that is their emancipation and their dynamically in equilibrium which keeps them moving throughout the Pure Spiritual Region in a dynamic sense.
– Most Revered Prof. Prem Saran Satsangi Sahab
The relation between art and truth is inextricable. Since time immemorial the writings of Mystics and Saints have exerted unquantifiable influence on our life and development of culture. Devotional literature or sacred literature comprises a large part of world literature. Holy literature of Supreme Saints is an artistic revelation of the Ultimate Truth which takes literary experience beyond material boundaries.
The breadth of Radhasoami sacred literature of Supreme Saints is extensive. It includes devotional lyrics dealing with themes of praise of Supreme Lord’s Glory, exhortations, prayers of estranged and anguished spirits, descriptions of the mystery of creation, poems of joy at the spirit’s communion with the Supreme spirit, speeches, allegories, Diaries, Treatise on scientific- spiritual expositions, Autobiographical Retrospective and plays.
The talk is a humble attempt to analyze the play Saranshram ka Sapoot written by His Holiness Huzur Sahabji Maharaj from literary – consciousness perspectives. The play revolves round two children Prem Bihari lal and Shobhavanti who are ill- treated by their step mother. Seeing their miserable condition, a kind Satsangi Premlal comes to their rescue and sends them to Sharan Ashram, Dayalbagh where they are raised as complete human beings. Apart from its sublime thought, the play is exemplary for its literary – artistic merit.
The talk would situate the play within the framework of altered states of consciousness and would also foreground the Eastern spiritual perspective of consciousness with reference to triple hierarchical model of consciousness given by Most Revered Prof. Prem Saran Satsangi Sahab. 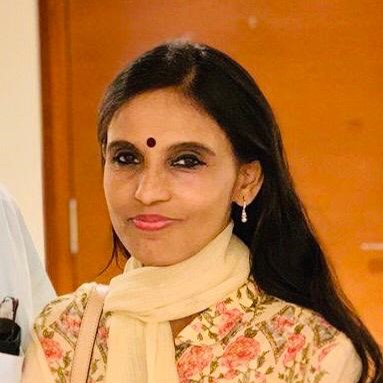 Dr. Dayal Pyari Srivastava is Assistant Professor at the Department of Physics and Computer Science, DEI. She obtained her Bachelor’s degree in Physics and Master’s degree in Electronics from Dayalbagh Educational Institute in 1985 and 1988 respectively. Subsequently, she obtained her Ph.D. on the topic “Graph Theoretic Quantum Field / System Modelling for Quantum Information / Computation Circuits and Algorithms” as a joint research scholar between DEI and IIT Delhi. She has been actively involved in physics education for over 20 years and has vast experience of science education.

Designed with by the Multimedia Team, Dayalbagh Educational Institute, Dayalbagh, Agra, in
Copyright © 2021 Dayalbagh Science of Consciousness. All rights reserved.